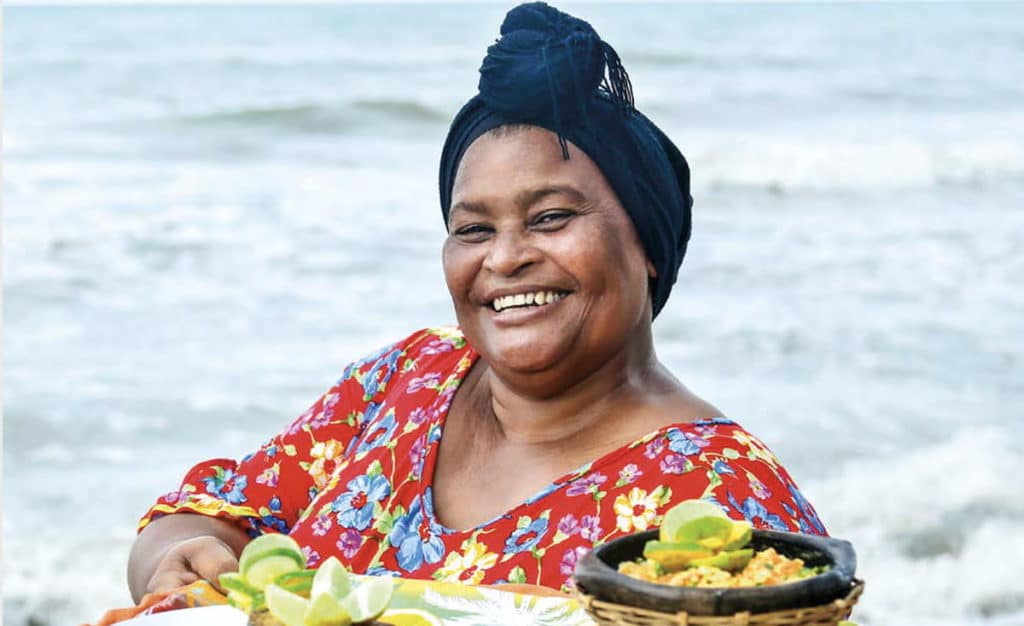 Our warmth is the charm that makes visitors want to stay and that boosts Colombia’s appeal as a tourist destination. They say that with beautiful words we can create amazing universes, and Colombia is certainly a place rendered all the more wonderful and enthralling thanks to the unique terms and expressions its people communicate with every day.

Colombian Spanish goes well beyond random slang words making up a particular jargon, it’s rather a shower of terms, expressions and accents that’ll put you under any Colombian’s spell. After all, it’s no coincidence that people from all over have started picking them up after hearing them in their favorite soap opera or reggaeton song.

In most cases, these expressions showcase Colombian warmth and shape the way people tell their stories – it’s certainly helped some of these reach the furthest corners of the Earth.

In this article, we’ll teach you a bit about some expressions and means of communication that’ll make you feel that famous Colombian warmth and that you’ll no doubt want to adopt yourself… or even wish to be addressed with 😉​.

1- The privilege of a Colombian smile

It’s more important to do than to say. In fact, our body language has the ability to communicate loads more than our voice, something that Colombians know almost instinctively, which is why they’ll always know how to break any and all ice with a smile.

Colombia seems to have gotten a two-for-one deal when it comes to smiles – we have millions upon millions and here you’ll get back more than you give away. In the recently published Book of Warmth, a comprehensive compilation of stories and dreams that perfectly dissects Colombians’ warm DNA, smiles manage to steal the show (especially when they reflect the pride of those who have worked to transform the country they love)

Although “berraco” originally stems from a regional term equivalent to being angry or cross, the word has gained a new meaning across the country as a universally positive trait, and it has even established itself as one of the most Colombian slang words you’ll hear.

The term is identified in a dictionary of Colombianisms, published in 1993 by the Caro & Cuervo Institute, the Colombian center for advanced studies in literature, philology and linguistics of the Spanish and native languages of Colombia. There, the word “berraco” has been recorded as a colloquial hyperbole to refer to ‘a person who by talent or dexterity excels in some activity or trade, or who stands out in terms of physical strength, audacity or courage’.

We can identify Colombian warmth within this very Colombian word – one that’s often used to describe our generations of hard-working, committed, resourceful and innovative people that were born and raised in the most welcoming place on Earth.

Although not exclusive to Colombia or even originally from here, we do believe this term exemplifies the warmth with which we embrace the world around us, thus explaining why it was so quickly adopted by most if not all Colombians to some extent.

Although in other South American countries its definition and connotation may vary – such as Argentina’s case, where it refers to a person wealthy enough to woo a lover and lead a double life – in Colombia, it refers to a nice or friendly person or situation.

You’ll often hear someone use it to say something is “tremendous” or very good, or when someone is very kind, nice and liked by all. “Such a bacana view”, “The party was really bacana”, and “Your friends are bacanos” are some cases you’ll surely hear on your visit to Colombia.

Another deeply Colombian term, this one’s equivalent to buddy, mate, bro, and other words for close friends. Unlike other terms such as compa and pana (shared with Venezuela and Ecuador) this one’s 100% exclusively used in Colombia despite the fact, funny enough, that it comes from the Brazilian Portuguese word for partner: parceiro. Its abbreviation “parce” is an evolution that has made its way into the list of the most Colombian words you could possibly use.

5-All of the above have the same purpose: making others feel good

Colombians’ warmth focuses on making others feel good, regardless of their nationality, language, or beliefs, which ultimately leads to visitors from any part of the world feel welcomed and comfortable across these lands.

For example, the recent remake of Café con aroma de mujer (The Scent of Passion) depicts among its many characters the story of young Arthur (played by Pedro Gilmore), who arrives in Colombia with a friend hoping to have fun and learn about the local coffee production but decides to make a radical change in his life by leaving the corporate world behind in order to stay and surround himself with charming coffee farmers. Funny enough, this is what actually happened to the Argentinian actor behind the character, who, after visiting, decided to stay and work as an actor in Colombia.

It’s a rather common filler and a resource Colombians use when they can’t find the right word for something. “Thing”, “truc”, “roba”, “coisa”, every country has its own word for it, but one could say Colombians take it to the next level, because they often use it even when they know exactly what word they’re supposed to use.

According to many Colombians, “vaina” has become over time their favorite and most used word. It gets them out of trouble, it conveys more meaning than the actual word would, it makes the conversation a lot more casual and friendly: the vaina this, the vaina that. You’ve probably heard it more than once on well-known series like The Marked Heart, The Queen of Flow or The Scent of Passion.

The slightest of changes can achieve completely opposite meanings, making its range all the more remarkable, going from negative “qué vaina” (“that’s tough”), to positive “qué buena vaina” (“that’s great”), to using diminutives like “vainita” (“thingy”), turning it into other words like “vainazo” (a harsh comment), and even using it as a verb: “me envainé” (“I got carried away”). Amazing, right?

The word “ñapa” is universally used in Colombia to refer to that small complimentary extra you get when buying something or acquiring a service. It’s our way of being friendly and casual: the extra piece of fruit in your grocery bag “to grab a taste”, the free add-on to thank you for a large purchase, it’s sprinkling a bit of warmth here and there to even the most serious of transactions.

We thought it an ideal word to exemplify Colombian warmth because, beyond being rather uncommon in other countries (it often even lacks a fixed word for it), it’s simply a part of everyday life in the most welcoming place on Earth.

This is actually a common expression in Latin America and the world – in Colombia you’ll certainly hear it around the table, with the word for “belly” changing between “barriga” or “panza” depending on where you are.

If you’re wondering why we chose this common saying to exemplify Colombians’ warmth, the answer lies in a traditional dish that boasts over 2,000 calories, the flagship preparation of the Antioquia department and possibly Colombia’s most iconic dish: the bandeja paisa.

This generous platter combining ground beef, red beans, fried plantain slices, avocado, fried eggs, chicharrón, white rice and an unmissable Colombian topping called hogao is one that will undoubtedly leave you satisfied or running for seconds if not.

Considering the World Health Organization recommends a daily diet of between 1,600 to 2,000 calories for women, and 2,000 to 2,500 calories for men, we’re talking about a lunch meal that’s a day’s calories worth. That’s what often makes our cuisine such a great reflection of our warmth: an abundance of flavors, products, textures and quantities that are guaranteed to leave you with a happy heart. 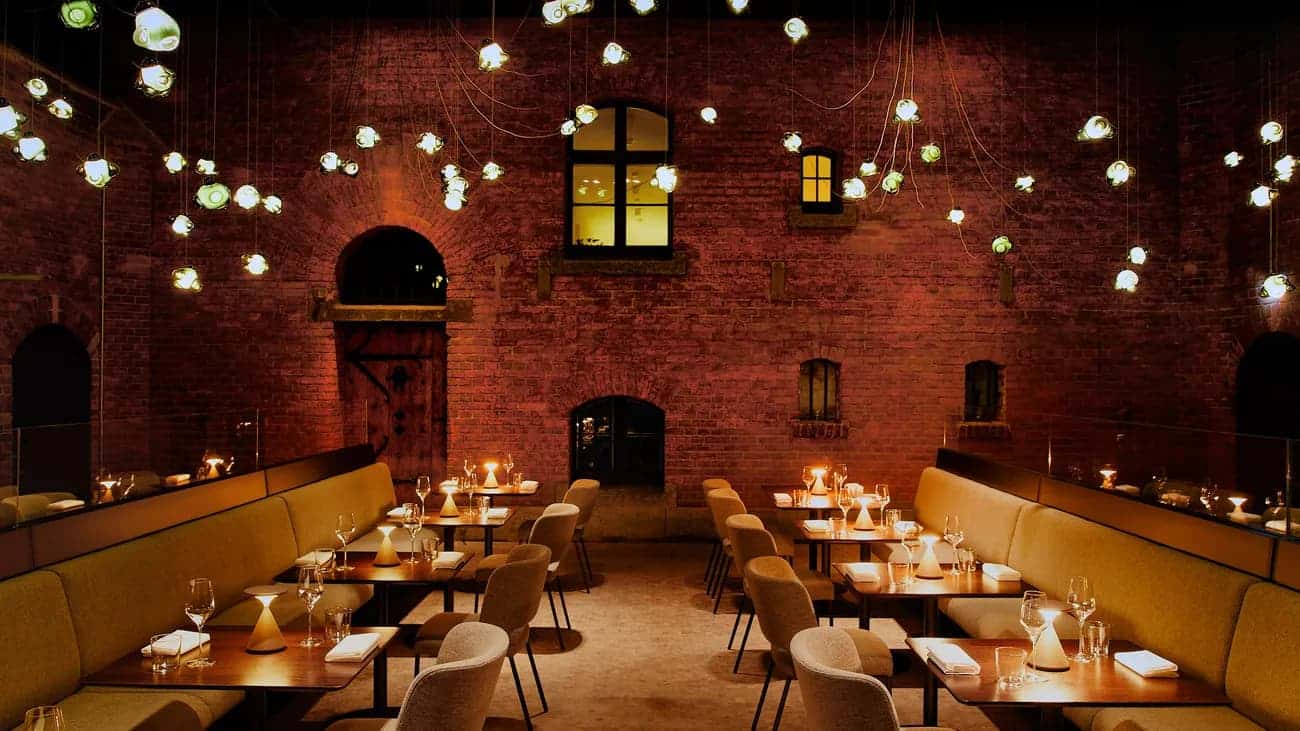 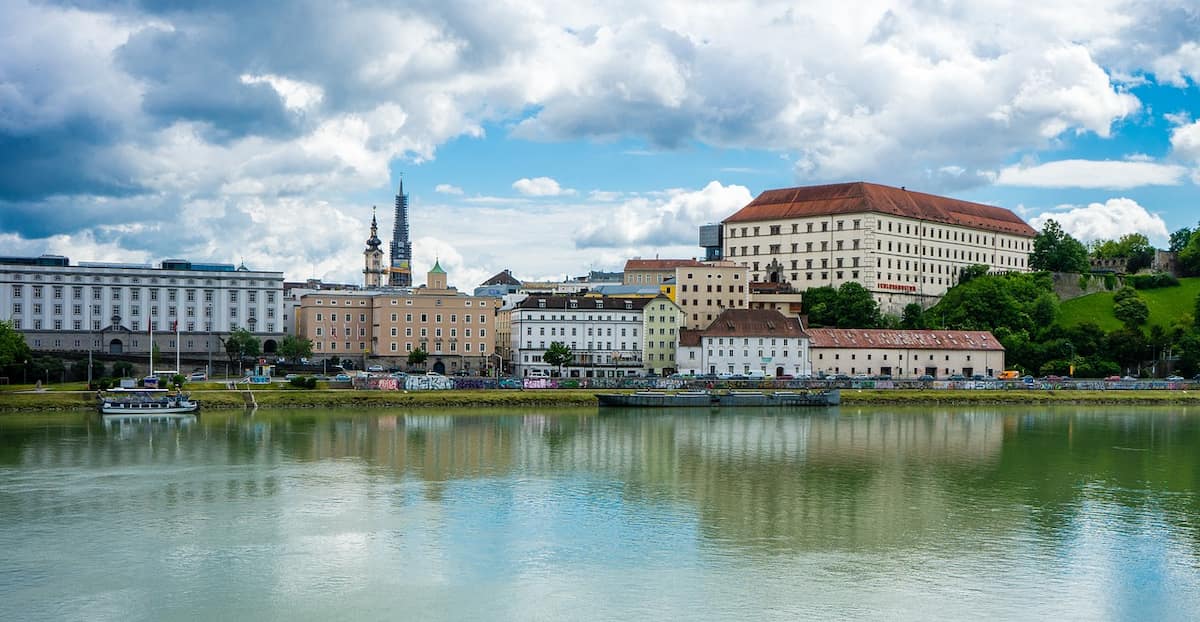 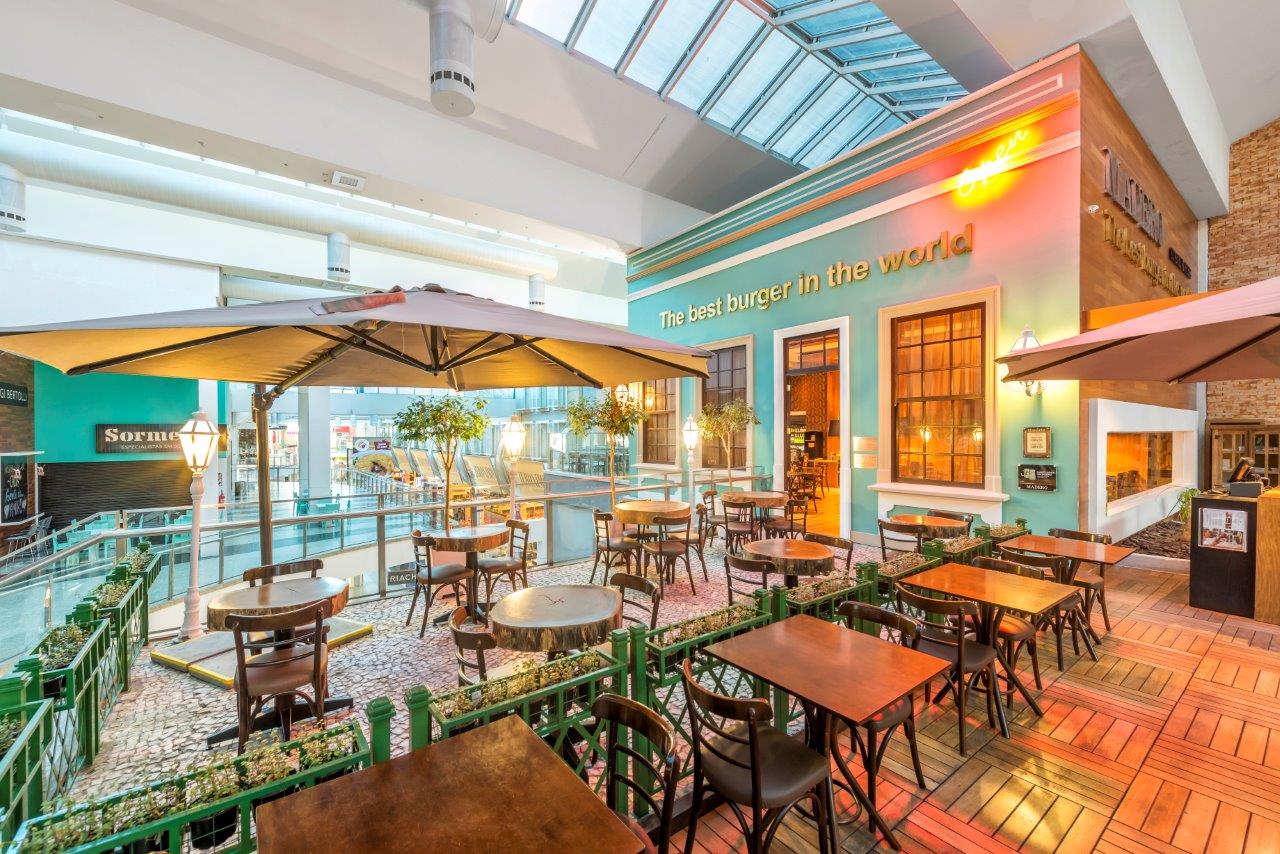 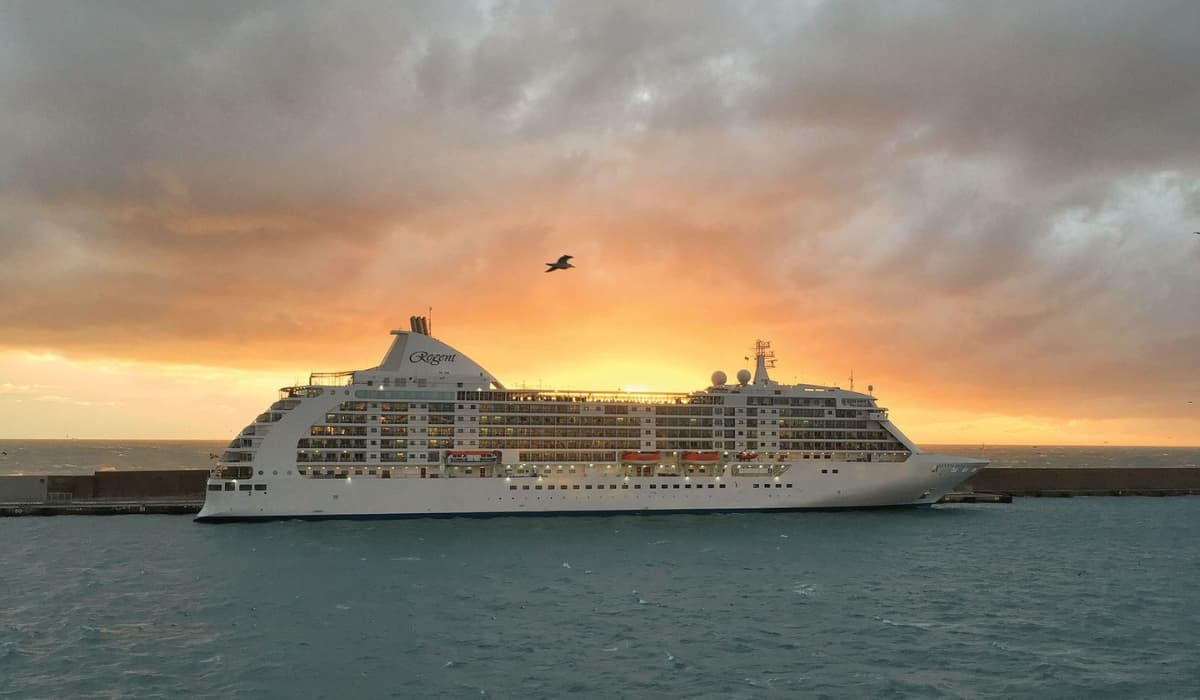 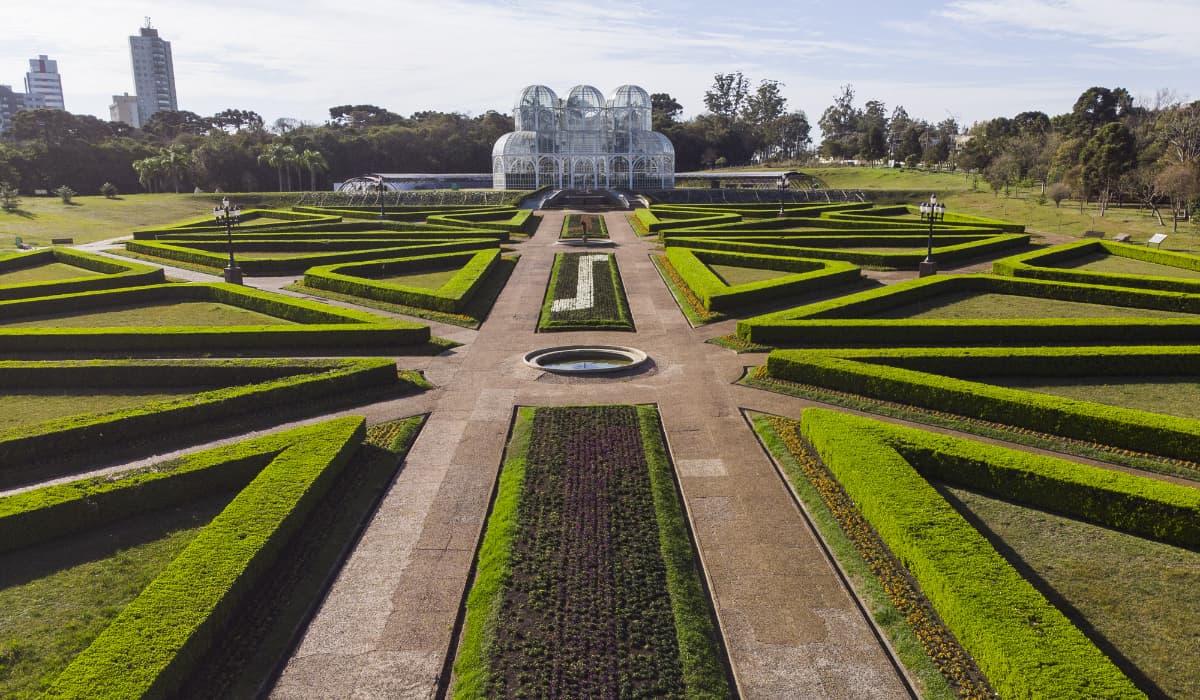 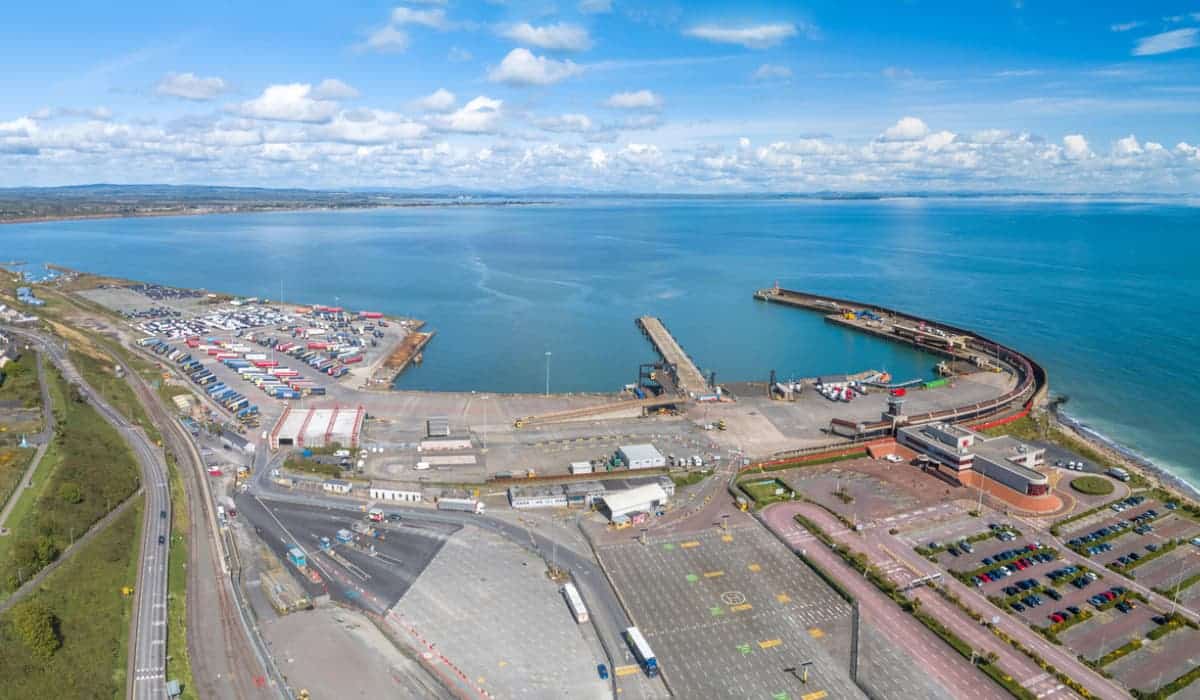 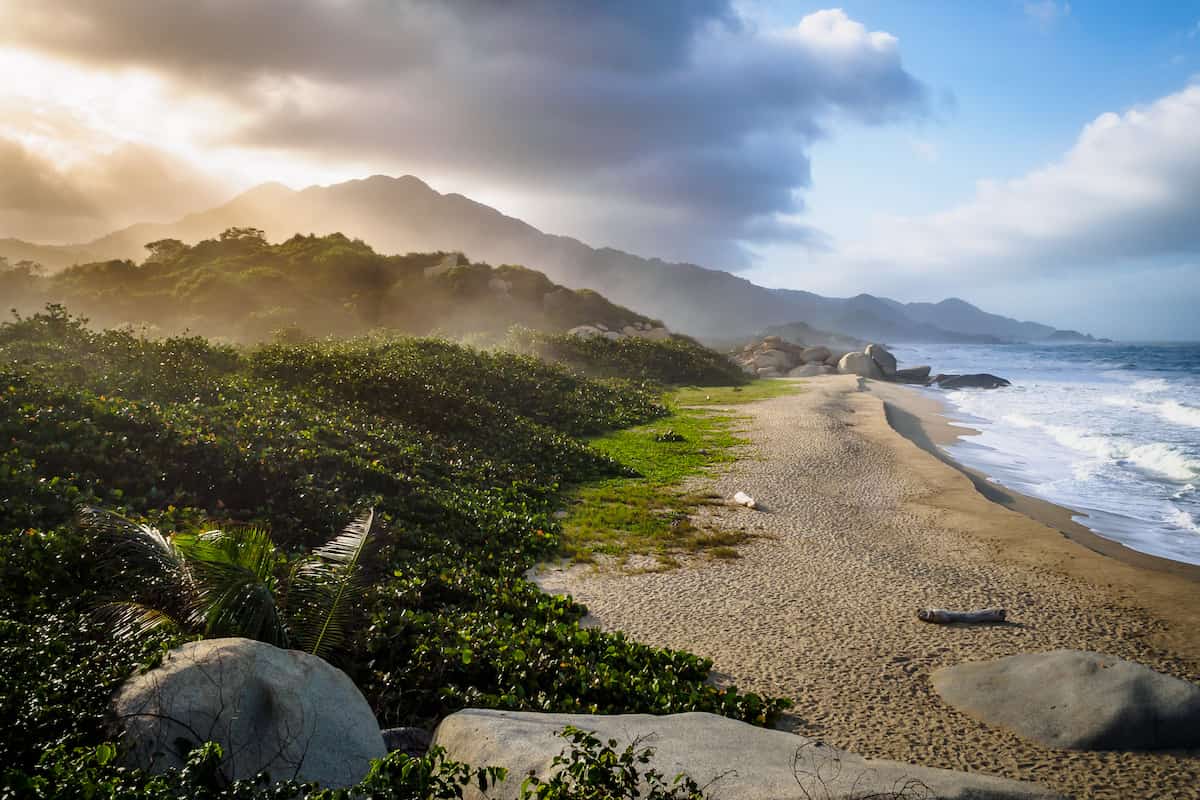