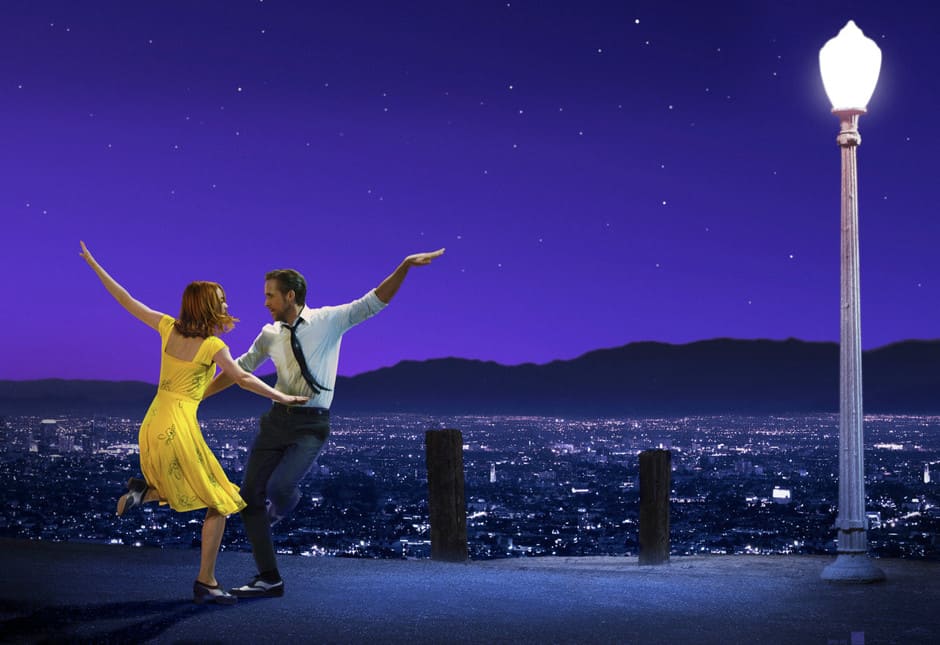 All movie lovers know that Los Angeles is the place of fame, of celebrities, of awards and one of the major movie sets of all time. It is no coincidence that Hollywood has managed to establish itself as such in this city and has a giant icon within it, photographed by all the tourists who visit it.

Do not miss this cinephile post where we will show you some of the movie sets filmed in Los Angeles that you can visit in the first person: the classics, those of all time and the best known.

In one of the most beautiful and exclusive neighborhoods in Los Angeles, there is one of the movie locations in Los Angeles that you cannot miss: it is the corner where part of the film was shot Pretty Woman, starring Julia Roberts, released in 1990. In Beverly Hills you will find some of the most famous clothing stores in the world and it is the place where the scene where Vivian (Julia Roberts) does the shopping.

The streets of Beverly Hills deserve to be traveled, feel like a celebrity for a moment and enjoy the pleasant climate of the city of Los Angeles.

For the most romantic travelers and for those who have seen the movie of the year 2010, the Venice canals, in Los Angeles, attract attention. In different scenes of the film, the channels are shown with the couples in love, especially those starring Julia Roberts and Anne Hathaway.

Venice de Los Angeles is a magical place to visit and one of the must-sees for anyone who travels the city. A place that seems taken out of context, an oasis within the bustling center and a place that more than one will have thought they wanted to live there.

One of the most memorable places for any traveler visiting Los Angeles is Griffith Park, the hill from which you can see the best panoramic views of the entire city. This is the place where in the La La Land story, the actor couple Ryan Gosling and Emma Stone dance at night, with the city lights starting to turn on.

Although the objects seen in the film were specially placed for that purpose and cannot be seen today, the exact filming location is called Cathy’s Corner, and it is located on Mt. Hollywood Drive, a place that is definitely a must. visit.

Travel fact: The film was shot in more than 60 different locations in the city of Los Angeles, which makes the film like a “mini retro animated travel guide” for those who want to visit the city.

Built in 1923 as the first emblem that: “Los Angeles would be a movie-loving city,” the Millennium Baltimore Hotel in Los Angeles has appeared in more than 100 films since its inception.

Cinephile traveler fact : Although most of the scenarios have been filmed in New York City, much of the interior of the hotel has been used to film The Ghostbusters, from 1984.

Nowadays, it continues to function as a hotel and travelers can even ask for a map showing which movie was filmed in each of the rooms. In the 1992 film The Bodyguard (which has fallen in love with more than one person), it was filmed in the same hotel, using its characteristic galleries and floors.

Cinephile fact 2 : According to legend, the designer of the MGM studios production, Cedric Gibbons, made the sketch of a small statuette on a napkin in the restaurant of this same hotel that, according to They say, it would be the one delivered today at the Oscars.

The Hollywood sign in Los Angeles can be seen from different perspectives, although one of the best places to see it is from a short walk through Bronson Canyon which is the place where, nothing more and nothing less, is the authentic Batcave of Batman (with Adam West and Robin ).

In addition to the fact that the place is ideal for walking outdoors, doing a little exercise and enjoying the views of the Hollywood sign, it was the place chosen by the producers of the 1966 film. the location and the stage, continuing a few meters, one of the best photographs can be taken with the Hollywood sign in the background.

Bonus track: film studios that can be visited in Los Angeles

Of course, the beauty of the city made different film producers fall in love with some locations and have used them for the films, although it is public knowledge that many scenes are filmed in film studios. One of the best options to do in Los Angeles, especially for movie lovers, is a tour of the film studios:

Traveler data: in this page you can see, through a video and explanation by the guides, some curious sites of Warner Bros Studios.

Without a doubt, Los Angeles is positioned as an incredible city wherever you look at it: good weather, beautiful beaches, entertainment, natural places and iconic corners. A place that any movie fan should visit to discover the best movie locations filmed in Los Angeles.