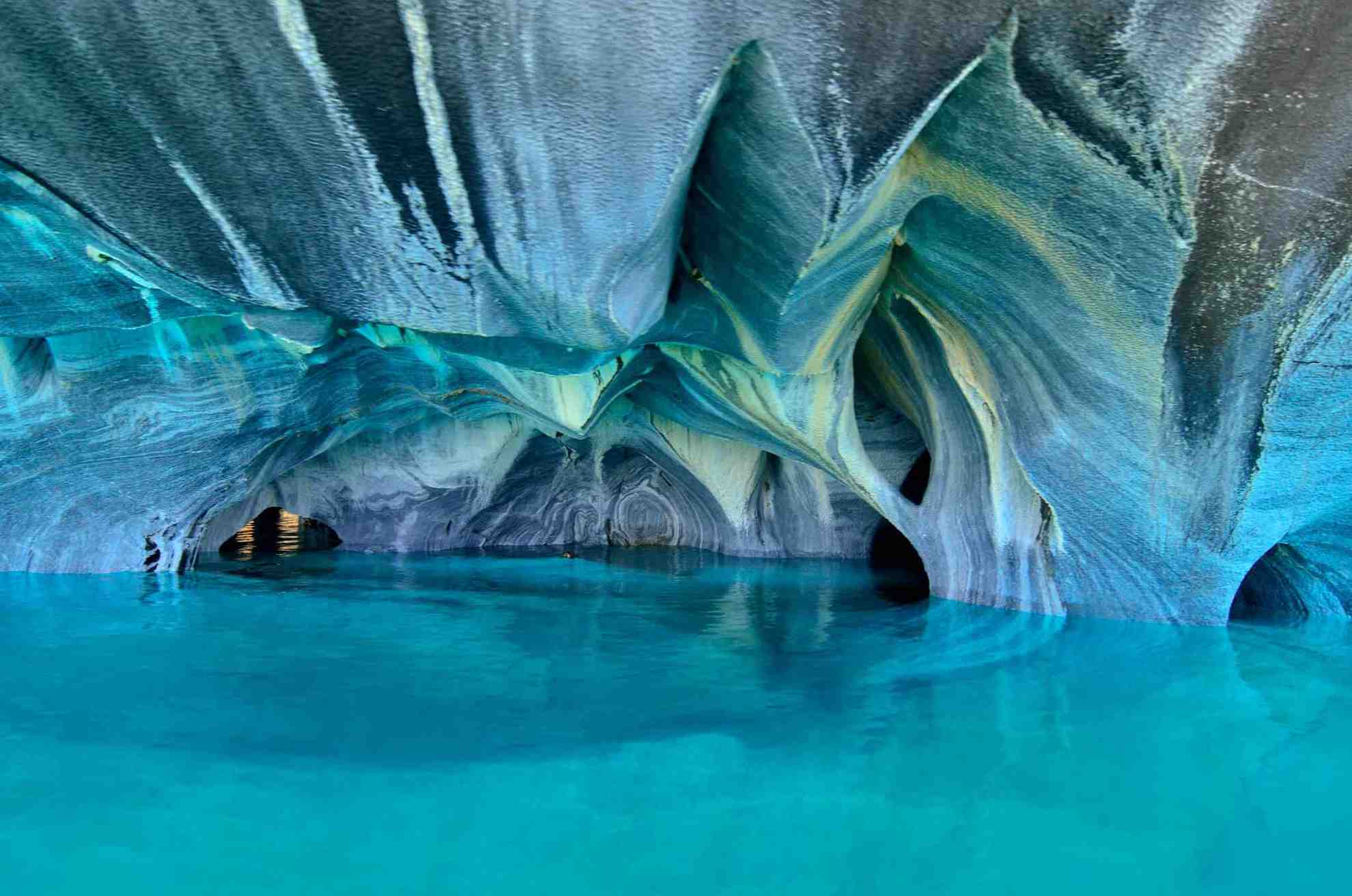 Traveling involves entering different worlds, whether through cultures in major cities, exotic destinations or natural sites. In this post we will visit some of the most colorful caves in the world, where either by nature itself or by some small intervention of man, colors and shapes surprise in all aspects.

One of the best examples of colors by human intervention, although within a natural environment, is, at the same time, a sacred site for Hindu culture, being one of the most popular shrines outside of India.

The temple is dedicated to Murugan and is the most important place during the celebrations at the beginning of February. The site is located at the end of a colorful staircase and next to the 10-story high monument, which culminates inside the cave made temple. An essential visit on a tour of Kuala Lumpur, located just 13 kilometers from the city.

In the natural caves of Melissani, located on the island of Kefalonia, just on the other side of Greece, on the Ionian Sea, tourists can be dazzled by the azure color of its waters and the combination of colors when the sun illuminates the large hole in the ceiling (protagonist of the cave).

Inside the cave, in addition, there is a lake of the same name, full of stories and legends of unrequited love, inciting the imagination of anyone who enters its waters.

Can you imagine walking through an underground site where silence envelops the environment, drops of water fall on a giant lake, stalactites and stalagmites get in the way and above the yellow and orange color “decorates” the walls of a place?

All of this can be seen in the Jeita Grottoes, one of the greatest tourist attractions in Lebanon, in the Middle East. Within a journey through the most colorful caves in the world, the Jeita caves correspond to a place rarely seen in the world where water has eroded the limestone and formed a different landscape, in an underground world.

Within the caves, more than 60 internal lakes were found, the largest being the 1460-square-meter “Big Lake”. The possibility of touring the caves and the almost constant ice formations throughout the year includes more than 1 kilometer in length, thus allowing you to observe the colors and the caves with ice crystals and snow.

In Patagonia, in the south of Chile, there are natural caves that are acclaimed by all tourists who come to the area in search of the intense white color in a place that is hard to forget.

The caverns, it is estimated, were formed about 15 thousand years ago, although according to scientists, the rocks inside them are 300 million years old. Thanks to its colors, the landscape and the formations, the Marble Caves of Chile were declared “Sanctuary of Nature”. In addition to the white color of the marble, you can see shades of blue and even pink, proudly making up the list of the most colorful caves in the world.

And as we told you at the beginning, nature makes man continue to be surprised and discover completely magical places. In this case, within the list of the most colorful caves in the world, we include Waitomo Caves or Waitomo Caves in New Zealand, a place where the dark caves are illuminated by a phenomenon hardly seen elsewhere of the world: fireflies.

The small animals form nests and communities in the caves thanks to their temperature and humidity and, when travelers turn off their flashlights, they can see a completely natural show of lights and movement. A destination that you definitely have to visit.

Is it a film set? Are the actors coming out? It is a movie? No, none of that, it is a religious landmark located inside a cave, naturally illuminated by a ray of sunlight that enters through a hole in the upper part of the cave.

The holes were formed naturally as a result of earthquakes in the country, especially central and southern Thailand. Despite the misfortunes caused by natural accidents, the cave’s lighting makes it one of the most colorful caves in the world.

The imagination that flies when visiting these caves make travelers choose these types of destinations more frequently. Of course, there are hundreds of caves and caverns in the world that have not been named or even discovered. Although this is what makes it a “traveling job”: being able to discover them.