Wixarika culture: a journey through the traditions and customs of western Mexico 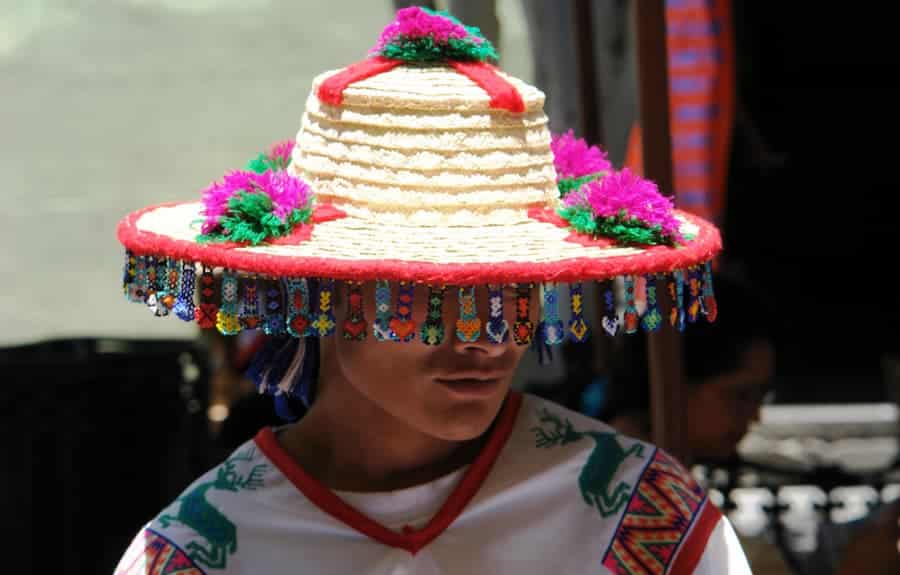 We always say that knowing a country other than your own is not based solely on visiting cities or historical places, but also knowing the culture of the people who live in that place, their music, their customs, its traditions, its ancestors, its history and of course, its gastronomy.

The Wixarika culture in Mexico may not be so well known by travelers who travel this fantastic country but they stand out for being one of the communities with the greatest ancestral roots (if not the only one) and traditional customs, maintained over time, from all over Mexico.

In other words, they live in the same way that their ancestors did hundreds of years ago, they use the same ways of cooking and harvesting and they follow the same rituals that were carried out even before the arrival of the Spanish conquerors. In this post, we will tell you about the Wixarika culture in Mexico, what it means to visit the towns and what their population and customs are like, and the tireless struggles to keep traditions alive, despite the passing of the years. Let’s find out.

The Wixarika culture, a culture of communication

Almost like a perfect duality, the advancement of communications, technology and globalization seems that has caused the world to stop communicating and people focus so much on their phones or devices electronic devices that give the feeling that social relationships tend to disappear. It is not like this? Despite this, there are always the grandparents or the most technologically differentiated who continue to uphold the importance of interpersonal communications.

Starting from this philosophical introduction, we want to get to know one of the cultures most deeply rooted in communications in all of Mexico : the Wixarika culture, located in the west of the country, specifically in the states of Jalisco, Nayarit, Durango, Zacatecas and San Luis de Potosí.

What does it mean that they are rooted in communications? Contrary to the type of “modern” communication that we talked about earlier, the Wixarika culture stands out for being one of the few to maintain so in suspense their ancestral traditions, their ways of life and above all things, the rituals to communicate with the gods and ancestors, relating to nature and the people who live in community. As simple as asking how the neighbor feels or having the neighbor ask for one, the foundations of the Wixakira culture are already in place. Let’s learn more.

The importance of customs: the Wixarika culture

The Wixarika culture is part of them and one of those that is most deeply rooted in its ancestors is found, not only in the gastronomic or routine traditions but also in the way of production of its food, in their economy and of course, in their religion.

The so-called Huichols are, in reality, the Wixarika culture, Wixaritari, in the plural. When the Spanish conquests began to arrive in this sector of Mexico, foreigners named them “Huichol”, translated as “the one who flees”, so it is not well seen to call them that because, almost as a perfect hypocrisy, the Wixarika culture does not flee from its traditions but tries to preserve them with all its might.

According to the writings, the word wixarika means “person with a deep heart who loves knowledge”.

The customs of the Wixarika culture

To learn more about the customs of this Mexican community, it is enough to observe the ways of life, the traditions that can be seen in a common day and the people who inhabit the place. Getting to the wixarika region can be complicated, the roads are not in good condition but nothing but a breath of friendliness, culture and tradition that does not make curious travelers arrive, talk with residents and discover the most wonderful of each place: its inhabitants.

The Wixarika culture focuses on the importance of knowledge and communication with the ancestors, the fact of knowing what to do and what not to do, to be part of a community of beliefs polytheists, especially related to the earth, crops and elements of the earth and knowledge towards the cosmovision of the creation of the world and of everyone who lives in it.

Religion as the basis of Wixarika life

One of the fundamental points of the Wixarika culture is religion which, in addition to being the form of communication with their ancestors, leads its inhabitants to feel the connection with the gods, always through the priests or shamans and with different rituals.

This concept of connection with the gods is called Niérika, where it allows the Wixaritari to enter this kind of threshold, a boundary window between the earthly and the divine to communicate with the gods and, in this way, with their ancestors.

During the ritual, the shamans go through this nierika for various situations, these being the only ones who can follow these traditions. For some rituals, the shamans or mara’akámes, use a cactus called peyote that only they can extract from the San Luis de Potosí region and is used as a means for this spiritual journey.

According to what they say, peyote has hallucinogenic properties but, in the Wixarika culture, it is used for these rituals of healing, cleaning, healing or whatever the person requires and only on some occasions.

The sacred within the Wixarika culture

Part of the daily life of the Wixarika culture has to do with religion and this contact with ancestors and gods that we have been talking about, does not mean that it is only the shaman who practices the rituals but that he is the one who leads them but the entire population, in some way, venerates the gods through different points and fundamental objects:

Tsik + ri, the representation of the cardinal points

Forming a rhomboid cross and occupying the entire region inhabited by the Wixarika culture, the sacred sites are fundamental points of the culture and, through various legends, they have managed to find meaning in it. to the worldview of the world, to the sites where the shaman must prepare himself or to the explanation of various situations that the world has faced make up “El Ojo de Dios”, the cardinal points of the Wixarika culture, the places where the gods moved and that today are offering sites to maintain ecological balance.

Corn as the most important object

The region or the sacred sites are not the only ones of importance within the Wixarika culture. Corn, for its part, corresponds to one of the most sacred foods in the community, some implying the importance of its legend, others inculcating the economy of survival and others simply following in the footsteps of their ancestors and the importance of the harvest and consumption of the product.

Within the Wixarika culture there are 5 types of corn : white, red, yellow, multicolored and blue, becoming an infinity of traditional dishes, all created by the own communities.

The importance of cultural tourism in Mexico

Due to the lack of importance or relevance of the indigenous communities of Mexico (and in many countries of the world) by the authorities, many inhabitants of the communities, especially the Wixarika, are immersed in a problem: grow up, many young people decide to move to cities in search of new work and study opportunities and never return to their origins, losing all traditions and, especially, their language (which in many cases is only transmitted orally).

As travelers, knowing the culture and knowing how to recognize the importance of its significance and revaluation, allows us to help these communities not be “lost sight of” and can continue with the traditions of their ancestors and the forms of life that each of them chooses.

Art is one of the most important reflections of the Wixarika culture, at least easier to find and one of the forms where dedication, day-to-day life is most appreciated, its colors and forms, where they make known part of the culture through the representation of the most important elements of the community : Earth, Water and Fire. Knowing that a work is wixarika means that all the work was done by hand, following the same techniques and traditions of the ancestors and preserving them, through thick and thin, in the modern, fast-paced world we live in.

So, how to get to know the Wixarika culture in Mexico?

As we told you before, some towns where the Wixarika community lives are somewhat difficult to access, although not impossible. These are located in the region known as Riviera Nayarit and it is one of the most visited sites by travelers seeking contact with local cultures, learning about their customs and ways of life.

Some agencies organize trips to the Sierra Madre Mountains where some Mexican villages are distributed, others leave for Rincón de Guayabitos, in Sierra Madre.

Knowing the culture of a country is part of one of the basic aspects that every traveler must take into account when traveling, a different side of the trip, told by its own residents and revaluing the customs of the ancient inhabitants that shaped what today, we can appreciate.

Find out more of
Mexico
More of Mexico

Dreams Aventuras Riviera Maya: we invite you to visit this renovated resort in the Mexican Caribbean 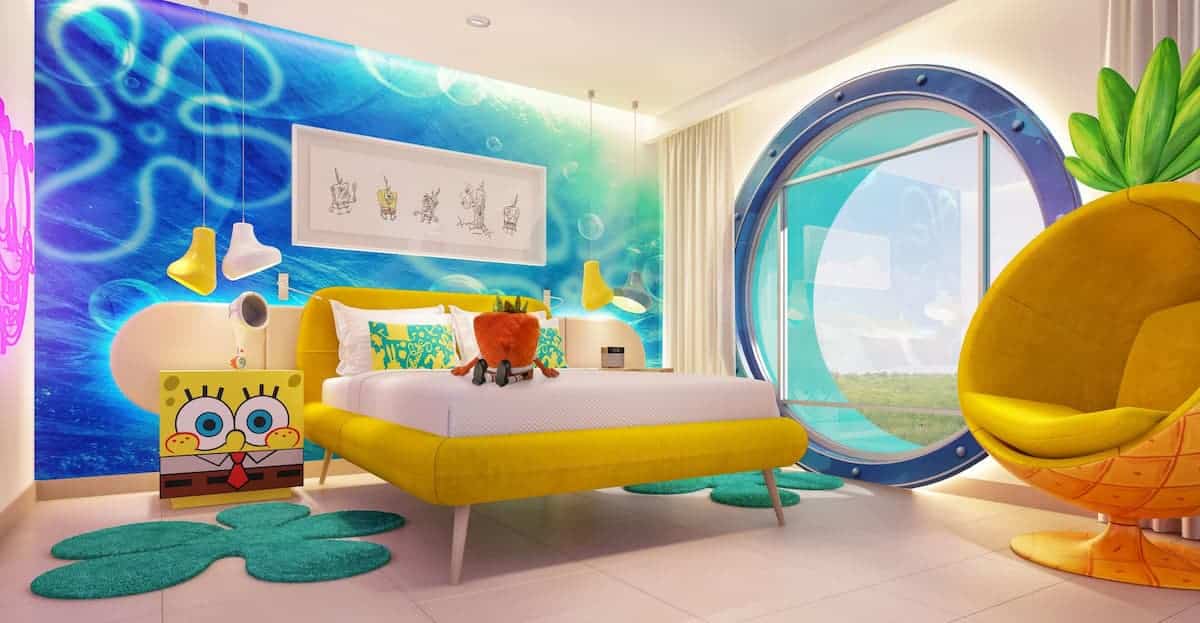 This is the Nickelodeon Riviera Maya: a family-themed hotel based on SpongeBob Squarepants and other series