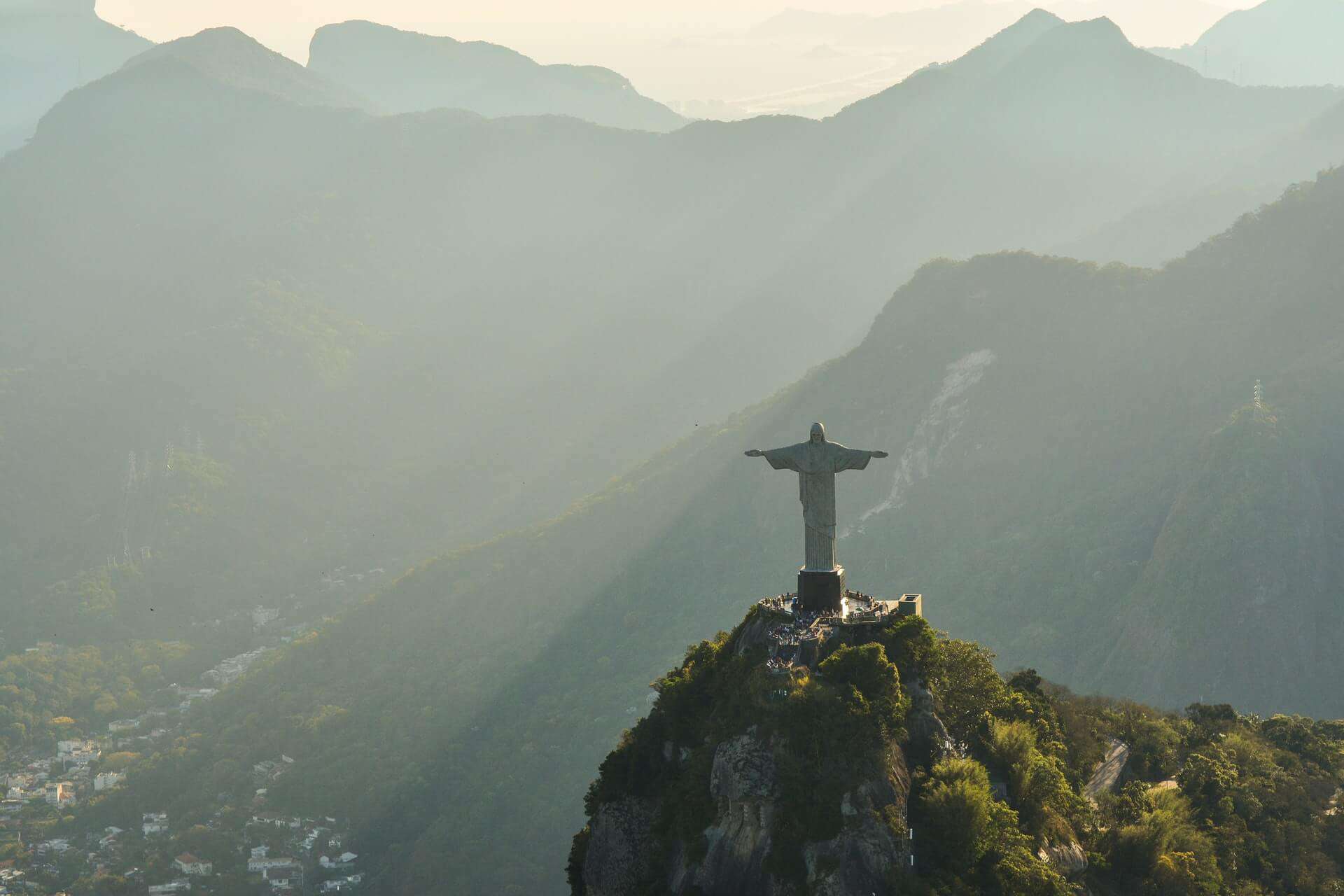 We all know that the Christ the Redeemer of Rio de Janeiro is the symbol of the Brazilian city. As with this type of construction such as the Sagrada Familia in Barcelona or the Eiffel Tower in Paris, they are so, so seen by everyone that there are times that no one knows exactly what they are doing there or what inspired the artist to create it. To unveil more mysteries, and that everyone has that topic of conversation at the party, in this post we will tell you curious facts about the Christ the Redeemer of Rio, one of the postcards of the city and even on many occasions, the country.

Index ocultar
1. Important numbers
2. The tallest in the world?
3. Made in France
4. A dream come true
5. And the world? And the cross?
6. It is not symmetric
7. It has feet
8. Protecting the city
9. Hollow inside
10. A visionary train

Christ the Redeemer is one of the largest sculptures of Christ in the world, it is located 710 meters above sea level, in the Cerro Corcovado. It measures 38 meters of which 8 are only the pedestal and weighs 1145 tons, although 30 correspond only to the head.

Continuing with the “numerological” importance of Christ the Redeemer, since 2007, it has been part of one of the 7 wonders of the Modern World, sharing the list with the Roman Coliseum, the Taj Mahal, Chichen Itzá, in Mexico, Machu Picchu, in Peru, the Chinese Wall and Petra, in Jordan.

2. The tallest in the world?

Despite being the most famous statue of Christ in the world, it is not the tallest. The statue of Christ the Redeemer of Cochabamaba (in Bolivia) where the image alone measures 34.20 meters and that of Swiebodzin, in Poland which measures 36 meters (almost, no?).

It is clear that the statue of Christ the Redeemer is the symbol of one of the most important cities in Brazil (be careful, it is not its capital), however, its icon was not entirely built there. Some parts came from France, such as his head and hands, and were assembled in the place where it was later placed: Cerro Corcovado.

The proposal to create an image that symbolizes the importance of religion in Brazil was thought by the religious Pedro María Boss and in the year 1921 it was decided to make this idea concrete in commemoration of the 100 years of Independence from Brazil from Portugal. Its construction ended in 1931 which, due to the difficulty of the terrain, took longer than planned.

The original design of the Christ the Redeemer was planned as it is seen today, except that in each of his hands he would carry a different object. In his left hand, the Christ would carry a cross, and in his right hand, a globe. According to the legends, this idea was dispensed with since many thought that more than a globe it would look like a soccer ball (and we already know what Latin America is like with that sport, right?).

6. It is not symmetric

Although probably no one has ever measured each of its sides, Christ the Redeemer is not 100% symmetrical. One arm is 40 centimeters longer than the other but not because of a confusion of the builders or the artist, but rather it was built like the sails of a ship: to be able to withstand strong winds and possible storms which, at that point, can become very important.

Surely few people have seen them but they are, they are. The Christ the Redeemer has a tunic that covers a large part of the structure but, just below that tunic, the toes protrude. In addition, although little can be seen, the statue culminates in a crown of thorns.

That the face of Christ the Redeemer is slightly tilted down is no coincidence, it was created in this way to represent that it is protecting the city of Rio de Janeiro.

Ascent to Christ is not possible for tourists but it is possible to carry out maintenance tasks. Through a staircase you can reach the top. Inside the Christ the Redeemer there is a heart made of the same materials, 1.3 meters in dimension.

According to the story, inside the heart, there is a small glass jar with the genealogical tree of the family of Héctor Levi, the builder responsible for the work, and Pedro Fernandes, the tax engineer.

Despite what is believed, the tren that helps it was not built as a consequence of Christ the Redeemer. but the train was built in 1884 so that travelers can ascend and have panoramic views of the city, long before there was a Christ. However, the train was of great help for the rise of the materials for its construction.

Christ the Redeemer, a symbol, an icon, a postcard of the city of Rio de Janeiro that continues to stun travelers and invite them to visit it. 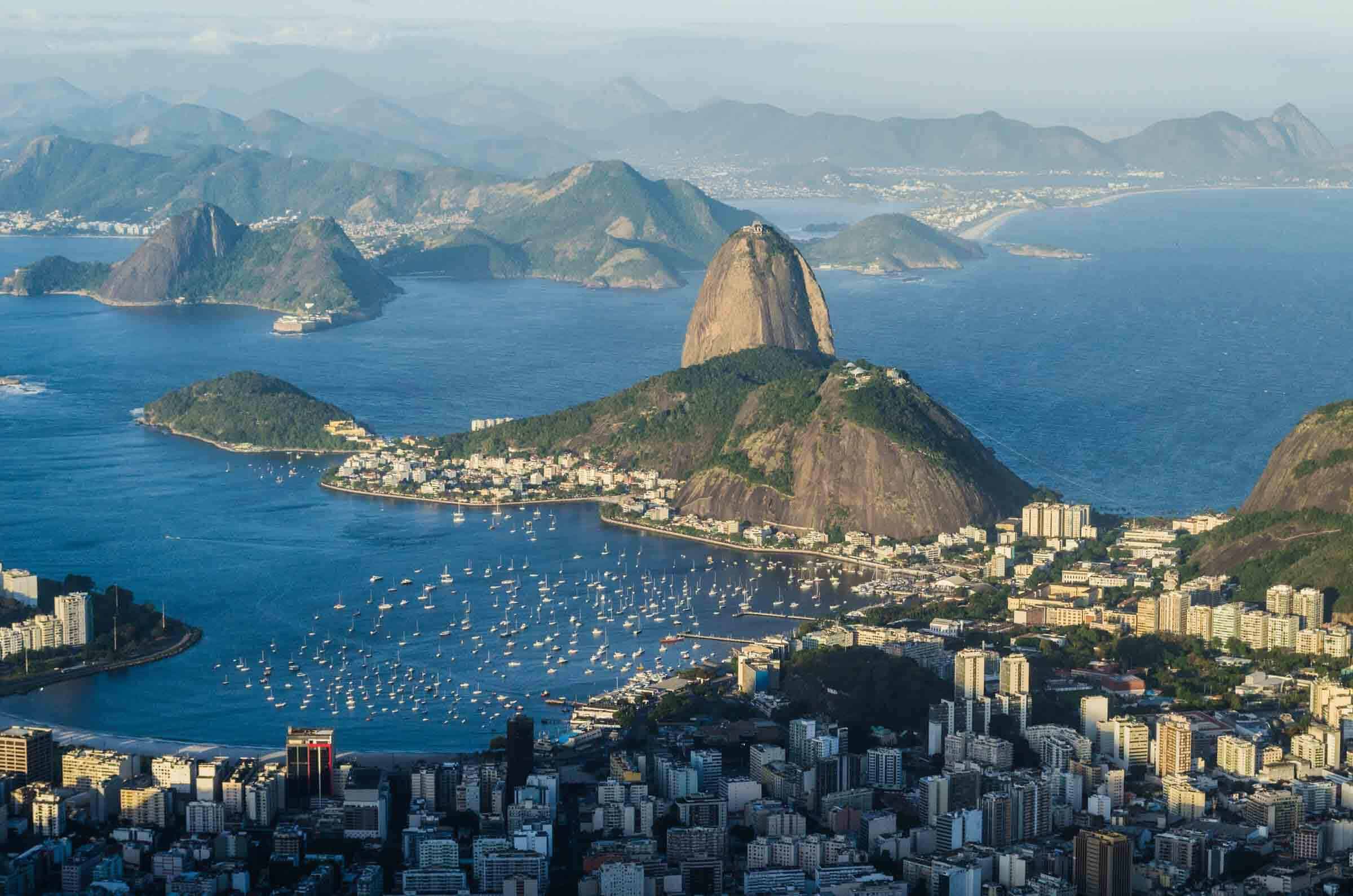