Valencia, in Spain, is a city that has a huge amount of impressive sites worth visiting and one of them is the City of Arts and Sciences, known by its original name as Ciutat de les Arts i les Ciències. It is a complex that is considered a city within a city, in which its imposing buildings amaze both locals and tourists from different parts of the world.

This amazing space is located where the old Turia riverbed ends, which currently makes up the Jardin del Turia, the largest urban garden in all of Spain. The architects who took care of the design of the City of Arts and Sciences were Santiago Calatrava and Félix Candela, creating a place that is truly majestic in architectural terms.

The complex, with each of its buildings, seeks to promote scientific and cultural dissemination through fun and entertainment, focusing on science, technology, nature and the art.

The City of Arts and Sciences is an exceptional space that you cannot miss if you have the opportunity, that is why below we will tell you how it started, what its buildings and functions are and how to get there, so that when you visit it have all the necessary information.

Beginnings of the City of Arts and Sciences

The City of Arts and Sciences opened its doors to the public for the first time on June 9, 1998, but at that time it still did not have all the buildings that make up it. In fact, when the complex was first inaugurated, the opening of L’Hemisfèric, or El Hemisférico, was celebrated, and over time other buildings were incorporated.

The construction of this unmissable and amazing site in the city of Valencia began at the end of 1994, although it was interrupted at the time and the works were resumed in 1997, and there were two architects who took care of the design. On the one hand, Santiago Calatrava was in charge of the design of L’Hemisfèric, the Palace of Arts and the Science Museum, while on the other, Félix Candela was in charge of designing L ‘Oceanogràfic.

The second building of the City of Arts and Sciences of Valencia to open its doors to the public was the Museum of Sciences, followed by L’Oceanogràfic, which opened in February 2003 obtaining the title of the largest aquarium that it had been built all over the European continent. In 2005, the Palace of the Arts was inaugurated in October, and the last elements to be incorporated were the Umbracle and the Àgora, both also designed by Calatrava.

In total, the complex occupies an area of ​​350,000 square meters with spaces to enjoy both outdoors, closed and indoors, offering a wide catalog in artistic and cultural terms.

Buildings and spaces of the complex

The City of Arts and Sciences complex is made up of different buildings and spaces that were incorporated over time, and each of them has a different purpose, although always in line with the proposal to generate a scientific and cultural leisure space.

L’Hemisfèric, or as it would be in Spanish, El Hemisférico, was the first building to be inaugurated in the complex in 1998. It was designed by Santiago Calatrava and its shape is similar to that of an eye. It is a large movie theater that has a screen of 900 square meters and a diameter of more than 24 meters.

This building in the City of Arts and Sciences is the largest room in the entire country with three projection systems: IMAX Dome; 3D digital cinema; and digital projections. Regarding the billboard, it is in constant change but the chosen topics are science and technology.

The surface of this room is approximately 143,000 square meters and within the roof of the building, more than 100 meters long, is where the projection room is located. This cover simulates the eyelid of an eye, so it can be opened or closed. In addition, this imposing building is reflected in an artificial lake of more than 20,000 square meters.

The Príncipe Felipe Science Museum, or Science Museum, was inaugurated on November 13, 2000 and is a space of the City of Arts and Sciences dedicated especially to science, technology and environment. It is a completely interactive space so that those who visit it can relate to science and technology in a much more direct way. In fact, the institution’s main motto is “Do not touch”.

It is one of the museums that you cannot miss if you walk around the city of Valencia and it is one of the main references of interactive science. Not only is it a place where people can learn and learn about science, but most importantly, is a place to have fun while discovering new things.

With the aim of fostering the curiosity of the attendees as well as their critical spirit, always seeking to surprise and entertain their audience. For this, it has the so-called “experimental classrooms”, where exhibitions and workshops are held, as well as permanent and temporary exhibitions that are spread over the three floors of this building in the City of Arts and Sciences.

The Palau de les Arts Reina Sofia, or Palace of the Arts, has been part of the City of Arts and Sciences complex since 2005, being one of the last buildings to be incorporated to this space. It functions as the headquarters of the Valencian Community Orchestra, as well as being the Valencia Opera House.

This building is another of those designed by Santiago Calatrava, and is surrounded by the Mediterranean garden of Turia, the largest urban garden in all of Spain. Since its inception, it has been proposed as a global cultural center, where opera, dance, open-air concerts, and more can take place. Without a doubt, it is the dream of anyone who considers himself a music lover.

The Oceanogràfic, or the Oceanographic, of the city of Valencia is the largest aquarium in the entire European continent and has one of the largest dolphinariums in the world. It was inaugurated in 2003 in February, and it is a space in which marine ecosystems from different parts of the planet are represented.

It has an area of ​​110,000 square meters, and is home to around 45,000 specimens of 600 different species, including dolphins, walruses, sea lions, penguins and sharks. Some of the aquatic environments that are represented are: Mediterranean, wetlands, temperate and tropical seas, oceans, Antarctic, Arctic, islands and Red Sea and the dolphinarium. In addition, it also has an underwater restaurant.

In this part of the City of Arts and Sciences, different activities are carried out, both in professional terms, such as the recovery of different marine animals, and for the general public. In the latter case there is the possibility of sleeping watching the sharks and knowing the different species.

L’Umbracle, or El Umbráculo, is a urban public garden that is part of the elements that make up the City of Arts and Sciences, and has plants that are characteristic of the region Mediterranean, from the Valencian Community and from some tropical countries.

This garden is a viewpoint that has more than 17,500 square meters of surface, and from there you can see all the buildings, spaces, walks and outdoor sites of the City of Arts and science. It was designed by Santiago Calatrava and is characterized by taking the shape from a series of parallel arches that join in the form of an umbracle that cover the entire garden.

There is the Paseo del Arte, a free access space that has different artistic exhibitions.

This space of the City of Arts and Sciences was inaugurated in November 2009, and has a multifunctional stage that can be used for different types of events. It takes the form of a covered public square, and the building is surrounded by two lakes.

As of 2022, a CAIXAFORUM headquarters will be incorporated into this space. A place that will be destined to exhibit works of great prestige, it will have several exhibition rooms, an auditorium for conferences, a bookstore, a restaurant and spaces for family leisure.

How to get to the City of Arts and Sciences

The City of Arts and Sciences is located in the final section of what used to be the Turia riverbed and you can get there by different means, either by public transport, by bicycle. or private vehicle.

In terms of public transport, those who decide to travel by bus can reach the City of Arts and Sciences complex in vehicles on lines 13, 14, 15, 19, 35, 95 and 40. To access the metro, the closest station is Alameda, which is about 15 minutes from the complex, and the lines that go there are 3 (red) and 5 (green).

In case you want to go by bicycle or in a particular vehicle, you should know that the City of Arts and Sciences has parking in both cases, and the addresses are as follows:

The City of Arts and Sciences is an incredible space both in architectural, cultural and scientific terms. It is one of those places that, if you have the possibility, you have to visit at least once. In addition, it is located in a spectacular urban garden such as the Turia, nothing more and nothing less than the largest in Spain. Everything invites you to meet her. 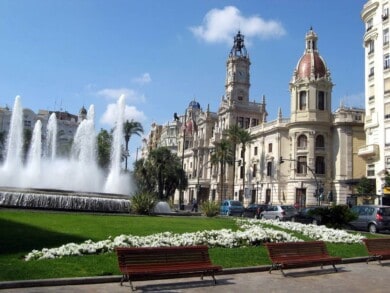 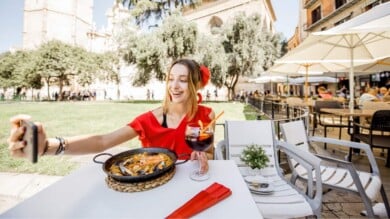