Part of these constructions were palaces and that is what we will list for you in this post: a tour of 10 palaces in Buenos Aires that everyone who visits the city should photograph.

The best palaces in Buenos Aires to visit

“The façade must be monumental”. This is how the Ortiz Basualdo family described the architect Pater for his design. The old Ortiz Basualdo mansion today is the French Embassy and every detail was thought so that the residents can live in the best style of the European nobility.

Generally visits to its interior are restricted, with the exception of a few days in particular, although the mere fact of admiring its façade makes one move to Paris.

Located on Avenida del Libertador, one of the most emblematic of the City of Buenos Aires, the Palacio Bosch Alvear used to be the residence of Ambassador Ernesto Bosch from 1917 to 1929, the year where it began there to operate the headquarters of the United States Embassy in Argentina.

According to the story, René Sergent was inspired by the castle of Benouville in Normandy.

Can you imagine sleeping in an old palace in the City of Buenos Aires? What used to be the residence of the Duhau family, today is the Hotel Park Hyatt, the internationally renowned 5-star hotel. The construction of the palace is entirely inspired by the Château du Marais, a few kilometers from Paris, in France.

The Alvear-Ortiz Basualdo family was one of the most representative families of the “Buenos Aires” aristocracy of the early 20th century. During their residence in Paris in 1920, they ordered the construction of a palace inspired, of course, by French architecture of the same period.

Since 1924, the young and practically unused construction was sold to King Victor Emmanuel III and today it is the residence of the Italian ambassadors.

On the same Alvear Avenue in the Recoleta neighborhood, north of the city of Buenos Aires, is the building that houses the Holy See, the Apostolic Nunciature or, as it is popularly known, the Vatican Embassy, where John Paul II has rested during his two visits to the country. Following the line of French architecture, the Fernández Anchorena palace responds to the Art Nouveau style.

In the same neighborhood, is located one of the National Historical Monuments, built by the Argentine architect Altgelt following the style, of course, French (although with some eclecticisms), the Palacio Pizzurno.

Today it is the headquarters of the Ministry of Education of the Nation and the National Library of Teachers and it is located on the street of the same name, at 935, perfect not to miss it. view.

If anyone knows any palace in the city then that is the Barolo Palace, construction started in 1919 and, at the time, the tallest in South America. The Barolo Palace is located on the mythical Avenida de Mayo and, according to the story, the great rotating lighthouse that was in its dome, was divisible from Uruguay. Today it is a building exclusively of offices.

A mansion inaugurated in 1912 as residential use, today it is part of the Military Circle, located in front of Plaza San Martín, in the Buenos Aires neighborhood of Retiro.

The majesty of the French style of construction could never be admired by its owner, who passed away a few months before the inauguration. Currently there are guided tours on certain days of the week for curious travelers.

Another of the current embassies and, on the same Alvear Avenue from which we have been “passing”, is the Pereda Palace, current residence of the Brazilian Ambassador in Argentina. Being in such a touristy neighborhood and close to 9 de Julio Avenue (the most important in the city) the facade of the Pereda Palace draws a lot of attention, mainly due to its pristine white color and its 100 design % French, inspired by the Jacquemart André Museum in Paris.

Touring the palaces of Buenos Aires leads to “getting lost” in a plane where it is possible to confuse its buildings with the French capital, a faithful reflection of the “Belle Époque” and the heyday of the Argentine capital. 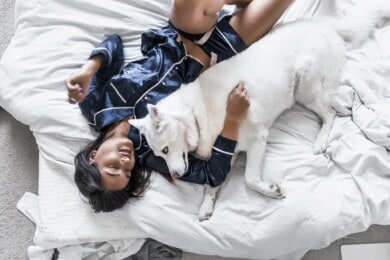