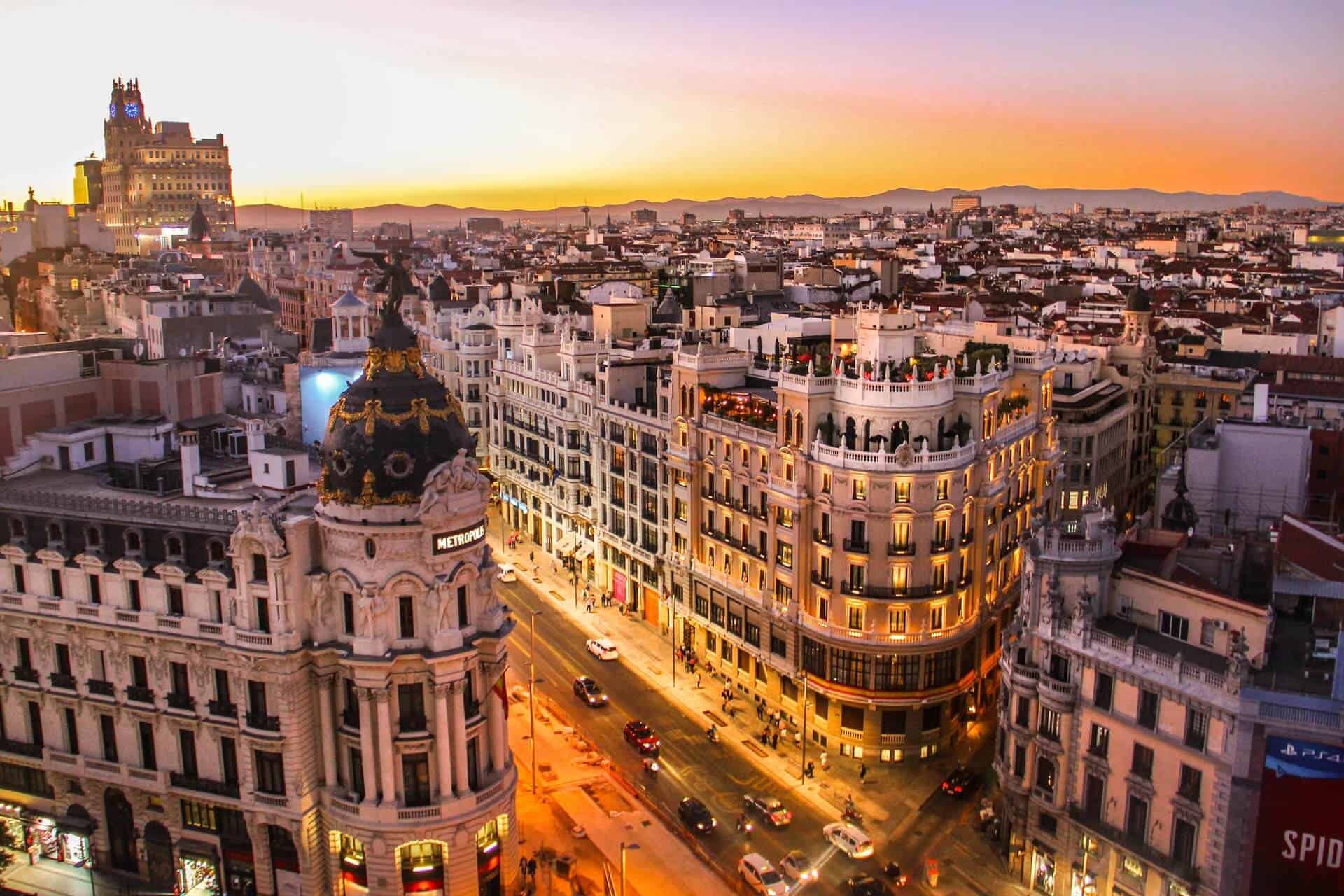 Madrid: the Spanish capital with so much to offer that many times travelers limit themselves to tourist guides and those places where “you can’t stop going if you visit Madrid”. But as we like to go in other directions and make each place special, in this post we will tell you what are some of the 10 hidden places in Madrid, to know the most authentic and “unknown” places.

1. The Fifth of the Mills

Located towards the end of Calle Alcalá is an oasis within the city of Madrid , a site that is home to more than 6 thousand almond trees that, when in bloom, provide a Naturally beautiful and photographic landscape for residents and tourists, between the months of February and March thanks to its colors and aromas.

A place where mystery, legends and ghost stories attract fans to dark tourism . Built in 1919 and closed in 1966, Chamberí station, now a museum, is the ideal place to travel back in time and explore the remains of the old city of Madrid, perfect for a ghost tour and terrifying in a underground world.

Located in El Retiro Park, one of the most famous in Madrid, a very particular statue generates distrust in those who pass by and know what it refers to, but also curiosity in those who have never seen it in their life.

One of the few statues in the western world dedicated to Lucifer is the work of Ricardo Bellver, made in 1877, it has a height of 666 meters above sea level . Chance? Truth? Myth? We will never know.

4. Part of Berlin in Madrid

When one thinks of Berlin, surely the first thing that comes to mind is the wall, the border between one and the other Germany during the hardest times the country experienced. But what does it have to do with Madrid? Well, in the Berlin Park, located a few kilometers from the Puerta del Sol (icon of the city) there is a site that recalls the Germanic country, not only because of its name but also because it houses vestiges and parts of the Wall of Berlin with its original graffiti.

5. Gardens of the Prince of Anglona

A place little known by Madrilenians for its “hideaway” sensation, the Garden of the Prince of Anglona is a green corner built in 1750 , being today one of the few gardens of the nobility that are still preserved . The place may seem closed, since it is surrounded by walls, but the entrance makes it a small green lung in the middle of the city, located in the La Latina neighborhood.

Of course, El Prado is one of those key places when visiting Madrid, for museum lovers, it is like going to Paris and not visiting the Louvre Museum or the Met in New York .

However, following the theme of the hidden and little known places of Madrid, La Neomudéjar is a site of artistic expression located in an old railway station , near the emblematic Atocha station, where the alternative and avant-garde take color, ideal for fans of contemporary art festivals and non-classical works.

A park built for the Duchess of Osuna integrates everything El Retiro can offer but with fewer people.

A combination of romantic gardens, waterfalls and lakes make it a place away from the city center, but ideal to rest from the bustling “rush hour”.

For those who know some names in Spanish history such as Santiago Calatrava or Canalejas, you can visit the Pantheon of Illustrious Men, a site where the remains of various famous people rest for both Spaniards and the rest of the world < / strong>.

The neo-Byzantine architecture of the place draws the attention of lovers of the theme, this being a great hidden place to visit in Madrid.

9. The House and Tower of the Lujanes

Considered one of the oldest civil buildings in the city, the Casa y Torre de los Lujanes goes unnoticed when one walks through the Asturias neighborhood, in the center of the city of Madrid, built in the middle of the 15th century.

Although it may seem very specific, an ascent to the mythical Circulo de Bellas Artes de Madrid does not only imply enjoying a delicious coffee or hot chocolate, but also having one of the best panoramic views of the city , ideal to combine with an art walk inside the Circle.

Madrid, a city visited by millions of tourists a year, distinguished by its architecture, gastronomy and historical importance that, in addition, houses places and secrets that are still waiting to be discovered.

Find out more of
Madrid
More of Madrid

These are 8 things to do in Madrid on any given day, and some are free!