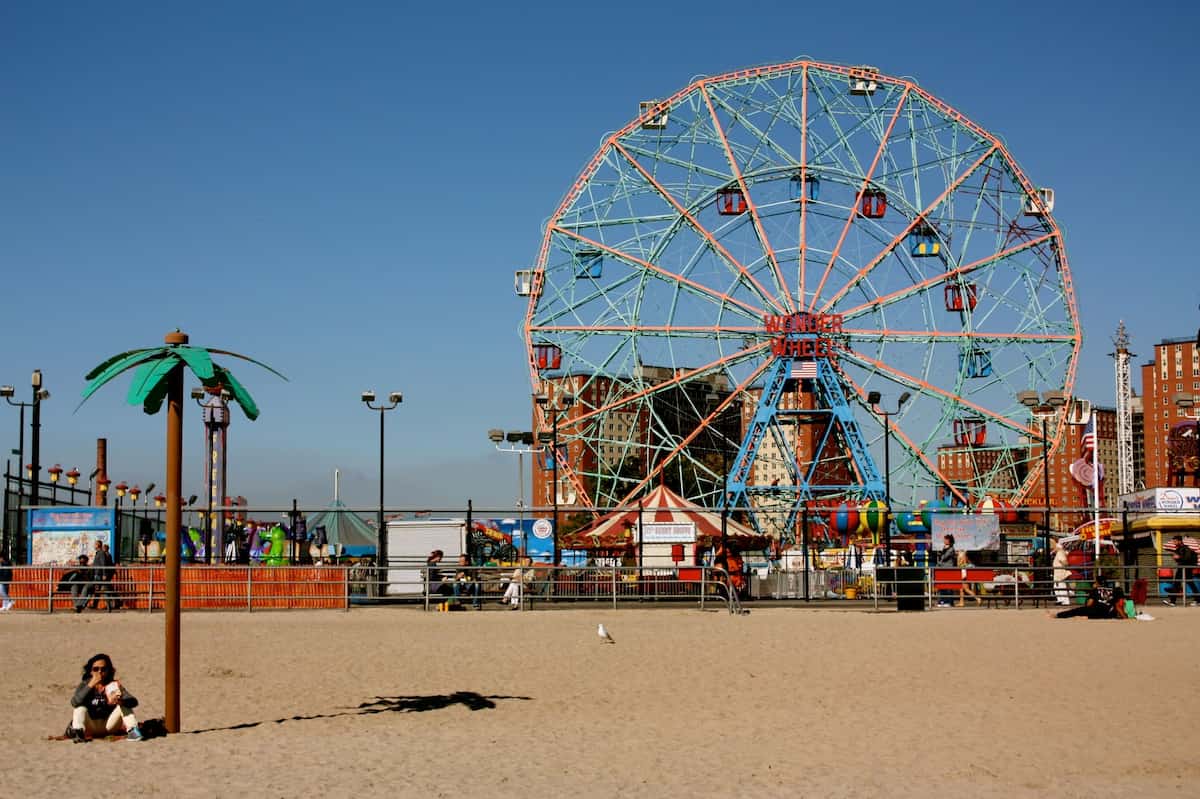 New York is an incredible city, full of thousands of places, corners and secrets to discover. It is one of those cities in the world where, no matter how many times one has been, always wants to return, whatever the reason that motivates the trip.

For those who have time available in their itinerary and want to see something more of New York State and its surroundings (yes, New York, in addition to being a great city, is a State), In this post we will tell you which are the 8 best cities near New York to visit. Fact: we will avoid traveling throughout the United States since we have preferably decided to relieve those sites that can be visited in the day or in 2 days of travel, staying at the destination or returning to the Big Apple.

Visiting cities near New York: how?

In this post we are going to tell you the number of kilometers that cities near New York are distant from the island of Manhattan, site chosen by most travelers to stay on their trip to the Big Apple.

Visiting cities near New York is a great opportunity to enjoy something more of the eastern United States, without traveling many kilometers (as it would be to visit the west of this gigantic country) but looking for the best alternatives and possibilities to move from one place to another, either by public transport or on an excursion.

The country’s capital, the cinephile city, one of the places that turn pink with the arrival of cherry blossoms, the city of free museums and the site where everything one has ever seen in the news can be visited live and direct.

Washington DC is a great city to visit, a city where, in addition to visiting historical buildings and monuments such as the White House, the Capitol, the Lincoln Memorial or the obelisk in honor of George Washington, it is possible to visit its incredible museums (free of charge) such as the National Air and Space Museum or the Library of Congress.

If we’re going to talk about incredible cities, let’s start with Boston, one of the historic cities of the United States, a place where every corner seems like a journey back in time, where tea is taken 5 in the afternoon, but they play baseball. A city with as much nightlife as New York, thanks to the presence of its world-famous university campuses, of course we are talking about Harvard University and MIT.

Walking through Boston is a charm, it is coming across parks, lakes, trails, campuses open to anyone who wants to visit them, cafeterias with students everywhere, museums and historical monuments for those who want to know more the history of the United States and markets such as the Quincy Market, where you can enjoy the routine of the residents themselves.

Despite being so close to the Big Apple, few travelers spend part of their trip visiting this charming city and we have not been able to find why. Visiting Philadelphia is visiting a city where everything works., everything is organized and orderly, where the buildings look like part of an open-air museum and where eating a Philly Cheesesteak is almost a must.

Markets, walks on the banks of the Schuylkill River, the urban art that, protagonist, takes over some corners of the city, old streets such as Elfreth’s Alley, which, traveling back in time towards the year 1720, form part of what makes the city special.

Who has not ever heard of Niagara Falls? These magnificent and gigantic waterfalls that share a border between two North American countries: the United States and Canada.

Located on the eastern side of the United States, Niagara Falls is a great getaway from New York, ideal to leave the big cities aside and visit a wonder world-renowned natural, filmed and photographed by thousands of people a year.

Niagara Falls is one of those places near New York, to enjoy the outdoors and do some of the many activities that can be done around the waterfall such as navigations near the fall.

Leaving the big tourist sites, staying in the state and maintaining the importance of finding cities near New York to visit, we find Buffalo, the second largest city in the State of New York. It is a great city to visit that, without being a small town, reflects much of the lives of the residents of the United States.

Buffalo is a great city to stay in if you are visiting Niagara Falls, as it is only a 20 minute drive from the great waterfall. The city of Buffalo Wings (or wings with hot sauce) is a great place to go on gastronomic walks, enjoy its architecture, the museums and the promenade, as well as, of course, serve as a “base” to be able to visit the nearby natural destinations.

Casinos, shops, restaurants, beaches and more casinos are part of the physiognomy of Atlantic City, which began its growth as a summer resort and beach destination for the New York aristocracy to late 19th century.

In 1853, the construction of the first hotel began, which would kick off what is now Atlantic City, an area of beaches, casinos and luxury hotels installed on the Boardwalk, the first promenade maritime world.

7. A visit to the Amish Community

To think that less than 3 hours from the chaotic and spectacular madness of the Big Apple, there is a community where a lifestyle close to the 19th century is maintained, it seems only part of a movie, Right?

The Amish are a religious community that maintains the same lifestyles, dress styles, customs and 19th century routines, abiding by the rules established in the Ordnung, dictated by the Amish church. Some communities comply to a greater or lesser extent than others, such as through the use of cell phones or even electricity.

Visiting Amish farms is a great opportunity to get to know the religion, always taking into account the rules that must be followed in each place and the respect that must be had for the families that live there. This does not mean that it is frowned upon to visit a farm as a tourist, but that there are many farms open (for the same purpose) for those who wish to, they can see what the lifestyle of the community is like.

A trip back in time, hot dog competitions, amusement parks from the 70s and an old-fashioned atmosphere that only gives this place that is worth visiting: Coney Island a very particular charm. Did you know that there are beaches near New York? The reality is that, to cool off or rest on a hot summer day, there are several, but one of the must-sees to visit (if it is cold too) is Coney Island where, the sand is not the only protagonist, but the park of amusements on the sea, it takes all the glances.

Coney Island is an incredible place, located a few kilometers from New York, which makes it an almost obligatory destination to visit and visit, go up to one of its games (some are 100 years old! ) and enjoy a charming and extravagant atmosphere.

New York, a city, a state with “everything” to see, go through and do, which seems to copy the diversity and contrasts of a large city with its surrounding cities: < strong> history, culture, religion and nature, a few kilometers from the Big Apple. We invite you to explore each of its corners!